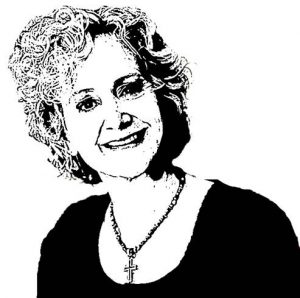 Q: What safety precautions can you implement to help with elopement?

A: I recognize that this is an incredibly difficult behavior. One of the simplest strategies to begin with is to situate your child closest to your bedroom. In my home, my son on the spectrum was located directly above our master bedroom intentionally so that we could hear his footsteps. The stair is also directly in front of our bedroom door. Thus, he must pass our room to get out. If building from scratch, these are easier strategies to implement. However, in existing homes, apply the same strategies even if the rooms are on the same floor. As my child got older, some of his behaviors dissipated. So, while you may need to temporarily give your child the master suite, this may be the best solution to creating invisible “gates”. From a life safety standpoint, locking doors on rooms from the outside shouldn’t be done due to the need to escape in case of fire. Consider motion triggered alarms instead.

The perimeter doors on the house should be alarmed just as they are for pools. The yard should be fully fenced with gate levers on the outside only. Pool release hardware could also be installed that require a push down technique above 48” which is difficult for younger children to operate. Younger children would be unable to open these gates but they would be able to get away from the house in case of fire.

Q: Our toilet is always clogging when our child uses it. Can you help us to understand what might be happening?

A: I personally experienced this with both my son on the spectrum and my Down Syndrome brother as I was growing up. They both had healthy appetites, and when they needed to produce a bowel movement, they used a lot of toilet paper. In order to be thorough, they would wrap their hands around and around with multiple layers of paper. This was for each time that they would wipe. As a result, they were making four or five “balls” of paper and obviously creating massive clogs in the toilet. When this began for my son, I quickly learned to prompt him to flush once in the middle of his time and once or twice at the end. It’s this in combination with an excellent siphoning toilet that reduces the likelihood of this being a daily event in your home. Due to environmental concerns, the amount of water now used for flushing is less by as much as four gallons than what was used when I was a child. Some of the best flushing toilets on the market currently are made by Toto. Consider the combination of changing your toilet and retraining your child verbally and by signage to flush during wiping.

Q: Can you provide me with some tips for when my son on the spectrum ages into puberty?

A: When my son was younger, I requested that all doors be left open so that I could visually observe him throughout his day. As he moved into puberty, I had to re-think this to emphasize privacy due to hormonal changes. I installed signs for prompting within the bathrooms and in his bedroom. These signs became necessary in order to reinforce privacy. I also coordinated with his school to reinforce privacy of personal parts during these critical years. Sadly, my son developed extreme physical aggression and self-harming behaviors during puberty. This led to many daily routine changes to reduce conflict in our home because it ALWAYS led to an aggressive event. As my home was built in 1740, I have two separate staircases leading to the second floor. This allowed for steering my children in opposite directions, preventing clashes when emotions were heightened. I would absolutely recommend this if building a new home. Additionally, during aggressive events, our fenced back yard allowed my son to be outside of the built environment, reducing damage while keeping him safe within a contained area.