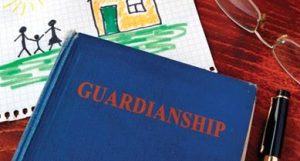 Q: My daughter continuously picks at her skin. I’ve tried everything from topicals to wrapping areas so that she cannot get to them. This often results in her drawing blood which then seems to trigger another obsession—her interest in blood. I’m at my wit’s end.

A: I’m by no means a medical professional but I do have experience with the exact thing you describe. I believe it’s fundamentally true that it’s hard for our kids to stop anything once they’ve started it. In this case, your daughter starts picking and can’t tell her mind to stop. I don’t specifically relate this to the autism spectrum because the same pattern can be witnessed in individuals with anxiety disorder and likely other diagnoses. I’ve found that if we can eliminate the elements to pick, then we have a better chance of reducing the habit. Also, if we can reduce anxiety, we can further help reduce these obsessions.

One thing I noticed with my son when he was younger was that if he had any poison ivy on his body, it triggered his picking habits in a more pronounced way. I quickly learned to bypass any and all topicals or re-directions and simply get him on prednisone immediately with the doctor’s support. I knew if I could eliminate the raised rash, I could reduce his habit to pick.

Second, I learned that if my son asked if something was bleeding (that he could not see) I would respond “no” and conceal the wound. Why? Because this reduced his trigger to obsess about blood. Third, I could see that anxiety impacted everything he did. I sought medical advice and followed the directive to utilize medications for support.

I firmly believe that mental illness is one of the most challenging disabilities. It is not seen by the viewer’s eye. Frequently, individuals on the autism spectrum struggle with coexisting challenges. In my son’s case, he is co-diagnosed with Obsessive Compulsive Disorder, Anxiety Disorder and Bipolar Disorder. I suggest talking to your medical team about the best way to reduce your daughter’s stressors.

Q: How do I make the decision on taking guardianship of my child prior to his 18th birthday?

A: One of the greatest concerns for parents is the thought of someone taking advantage of their child in later years. You need to determine whether your child is capable of making many daily decisions on his own. You should allow him to mature as much as possible before making this final decision prior to age 18.

Don’t assume that caregivers will not seek your input or opinion when your child is an adult and in their care. Have confidence that you’ll be involved in your child’s life whether or not you obtain guardianship. There are many programs and service providers that take incredible care of our children and as your child’s parent, you can help guide the decision-making process.

It’s important to reflect on what happens once you and your spouse are deceased. If you have other children, discuss with them whether they want to be sought for every decision regarding their sibling for the rest of their lives.

My brother was diagnosed with Down Syndrome at birth. He lived a full life until age 58. He moved into a group home in his mid-30s. My mother never sought guardianship over him. Yet I can tell you that as a family, we had great involvement in his life. That’s because we chose to be involved. Specifically, my older sister oversaw many of his needs simply because she lived close to him.

My mother had great angst over my brother becoming a challenge to any of us children in our later years. This is likely why she never took guardianship. My husband and I have also not sought guardianship of our 26-year-old child with special needs. He is capable of verbally communicating experiences to us. He is not necessarily capable of always making good decisions, but we believe in the caregivers we have selected for him and we believe in his ability to communicate to us. While ultimately this decision must be made by you, you can obtain expert guidance from an attorney specializing in guardianship issues.